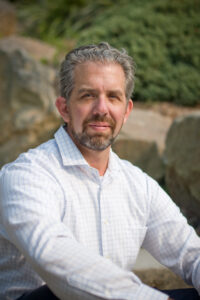 Gregory Flynn is a partner in Connection Works. He’s a coach, a facilitator, and a collaborator to those who are interested in a journey of personal and professional development.

He began working in leadership development, facilitation, and coaching more than fifteen years ago in the non-profit field, supporting people as they found their voice at work. He’s since expanded his work to include the private and government sectors in both internal roles and as a consultant. He especially loves working with people – individually and collectively – who are in a state of transition. And, hey, these days, who isn’t?

In addition to his organizational work, Greg is also passionate about doing work with male-identified folks, facilitating men’s groups as well as individual coaching. His own background in men’s work includes his work in the Mankind Project, as well as being a part of numerous men’s groups in California and Washington. He began ‘Men Connecting’, a group that meets weekly, at the onset of the COVID-19 pandemic, and runs a 10-week program for white-bodied men to explore topics of race and anti-racism called ‘Men Connecting: Understanding Whiteness’.

A passionate life-long learner, Greg has a certificate in Integral Transformative Leadership from Pacific Integral’s Generating Transformative Change program (certified via Saybrook University). His undergrad degree was inspired by his love of the arts – a BA in music at Colorado State University. When not working, Greg can be found reading, writing, getting outside, and joining his wife in playing with their irresistibly cute dog, Buckley. 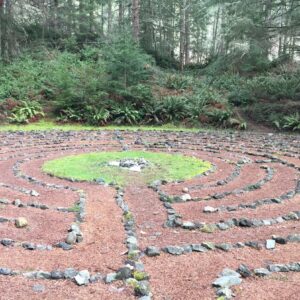 A Connection Works Retreat at the Whidbey Institute We’ve all been through a lot since early March 2020. The two of us at Connection Works have been powerfully moved by some of the collective sensemaking we’ve done over the last year. Hearing other’s stories and being heard by others has helped us connect to our wisdom and our longings while also revealing new perspectives and possibilities. You know, those amazing moments where someone says something that totally upends the way you’ve been thinking? Or when someone asks you a question that takes you right to the heart of the matter…