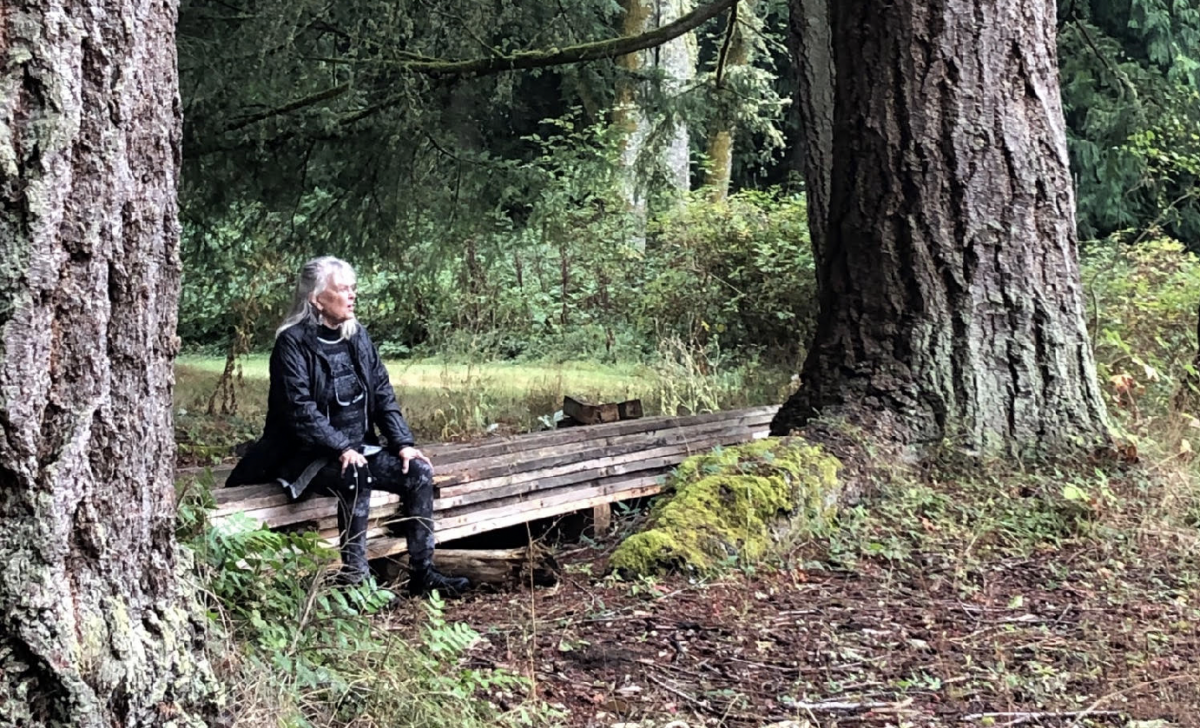 Why They Give: A Conversation with Lynnaea Lumbard & Rick Paine

Lynnaea Lumbard, Ph.D., is a transformational psychologist, interfaith minister, community weaver, and strategic philanthropist. She has hosted workshops around the nation for most of her career, including with the Institute for Conscious Evolution in San Francisco and with her own company, Temenos Associates. “Temenos means sacred space,” she explained. “The Institute creates a sacred space for deep soul connections, for people to think outside of the box,  feel outside of the box, and to be connected to nature.”

Lynnaea learned about the Whidbey Institute—formerly the Chinook Learning Community—at least 40 years ago, and credits this organization and its community with drawing her to the Pacific Northwest. “For me, the Whidbey Institute has always been a beacon,” she said. When relocating from Colorado to this region, she said, “we could have chosen any island. We chose this island because of the Whidbey Institute and the people associated with it.”

Today, Lynnaea is co-creator and board chair of NewStories, with whom we’ve partnered to deliver programming, including Self-Organizing for Nonprofits, delivered online this spring. “I thought the symbiotic enterprise course was incredibly successful,” she said. “We’re watching, everywhere, this general transfer of leadership, watching teams evolve.”

Rick Paine, M.Div, Ed.D, is a humanistic psychologist and an ordained United Methodist Minister. He also served as NewStories Board Chair, and from 2008 to 2014 he served on the Whidbey Institute Board of Directors through a period of challenge, change, and new emergence.

Lynnaea and Rick were the first donors investing in the start of the WI2020 Campaign in 2017, supporting first the development of Meadow Row and Hillside Cabins lodging, then the Commons gathering space, and most recently in the Caretaker Cabin. In early 2020, before COVID-19 impacted our region, WI2020 Campaign Ambassador and fundraiser Kate Snider reached out to a small group of donors asking them to help her raise enough funds to complete the caretaker Cabin in 2020. Eight donors answered her call, with Lynnaea and Rick loaning and then donating a substantial gift: the funds we needed to complete this important next investment in the Heartland campus. After COVID hit, we engaged key supporters in dialogue around when and whether to move forward with so much uncertainty. This community, including Lynnaea and Rick, encouraged moving forward while the campus was closed. This turned out to be an incredibly important decision, as we’re now able to plan 2022 hosting in both Thomas Berry Hall and the Commons for lower density, COVID-safe programming. It is this readiness to support and lead investing in the future of the Whidbey Institute that is inspiring to the board, staff and other donors.

When asked why she gave so generously to the Whidbey Institute this year, Lynnaea expressed several compelling reasons. “It’s long been clear that there was a disproportion between how many the Whidbey Institute could house and how many it could hold in Thomas Berry Hall. I felt that to become self-sufficient, it needed more lodging.” She added that she’s always felt a strong conviction that another gathering space was needed at the site of the new Commons, and she reflected on the importance of the Caretaker Cabin to house our caretaker in a healthy living space.

Reflecting on why these spaces matter, Lynnaea and Rick spoke to the impact that this combination of gracious hosting, nature, sacred space, and beautiful built environments can have. “I’m a big fan of beauty and creating sacred space, and I think that’s what the Whidbey Institute does,” Lynnaea said.

““This is a place that brings together people, and groups of people, to be held by nature,” Rick said. “We need to support that.”

As our time together drew to a close, Lynnaea closed with a reflection that funding this work, and touching the lives of tomorrow’s leaders, is a way to have an impact beyond the boundaries of these programs and spaces. “The Institute is training the leaders of tomorrow to be whole people,” Lynnaea said. “That’s not an easy education to get. You don’t get it in school.”

In Lynnaea and Rick, the Whidbey Institute community has two committed and passionate partners for our work in the world. We give them our sincerest thanks.