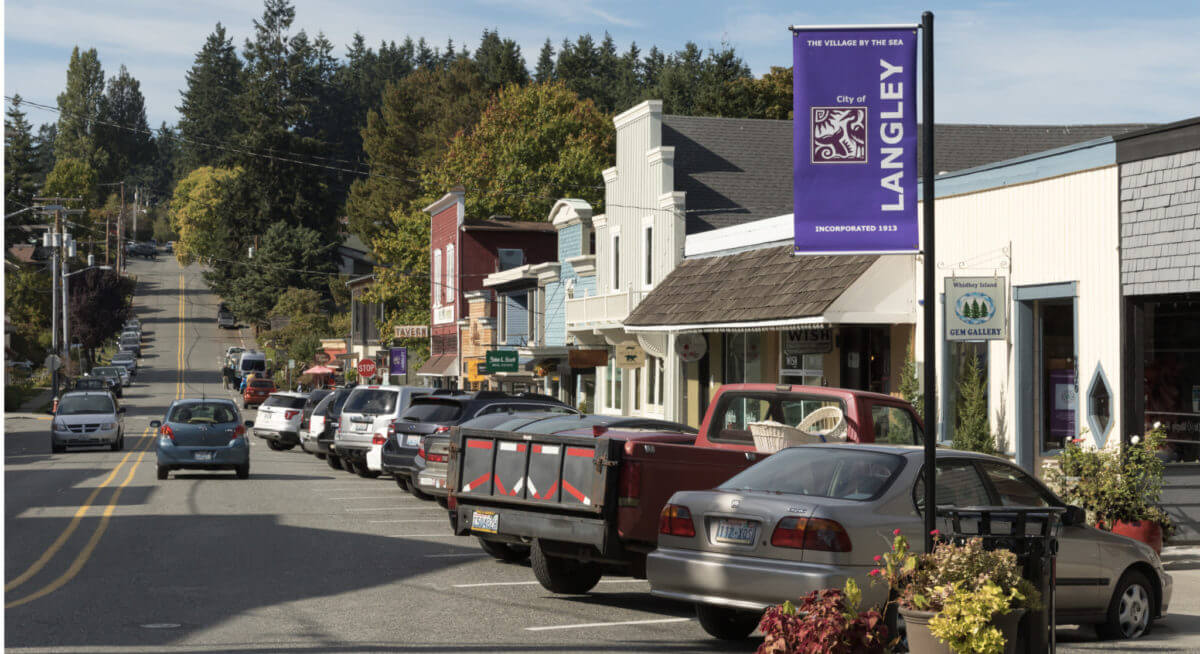 Langley, WA—At its meeting on Monday, July 6, the small Whidbey Island town of Langley, Washington’s City Council unanimously passed a racial justice resolution. The “Commitment to Dismantling Systemic Racism” orients the town’s elected leaders toward a world in which Black Lives Matter, and small towns and big cities alike create space for the racially just world so many are calling for today.

In response to sustained community engagement led by community members of color, and the desire to see the town stand with movements rising against police violence and against racism in all its forms, City Council leaders Christy Korrow and Craig Cyr sponsored the resolution. The Council meeting saw very high levels of public participation, with 77 South Whidbey residents in attendance. Community groups and leaders voiced strong support for the resolution, and for the ongoing journey toward a more racially just community.

“People all over this country are rising up for an end to police violence, racism, and inequality,” Langley resident Kenesha said. “Here on Whidbey Island, we are no different. We want safety, justice and care in our community. We want investment in health, in real safety, and in schools. People of color on Whidbey Island have raised our voices, and our leaders have followed. That is a good sign. And, we will keep working to ensure that here, as in all places, Black Lives Matter.”

“These words needed to be said and made official, and they are needed to show a shift in the local culture,” said Phil Jones of Clinton, an unincorporated community just south of Langley. “In particular it shows a great effort and commitment by dedicated people of color to this community, and who are making it a home for everybody. Let me be clear, however: these are just words, and they only mean something when turned into tangible actions.”

“Right on sisters and brothers and grandchildren!” said grandmother Carmen Nantez of Clinton. “Even if the gestures seem paltry, in the huge scope of history making, that is not so. We are making real headway once more. This kind of movement and real change in the narrative has not been seen since the civil rights of the 50’s 60’s and 70’s. This is a good step that will open the doors for real change. But only if we go for it like our lives depend on it—because they do.”

Whidbey Island is contested territory for racial justice, with far-right militia groups playing loud roles in public discourse, even as community members of color and white allies push for a safer and more equitable community island-wide.

“The passage of this resolution gives me hope,” said Marnie Jackson of the Whidbey Institute. “I am deeply grateful for the expertise and heart-centered leadership of community members of color who’ve helped bring Langley to this point, and I challenge community members with white privilege like me to call one another in, stay in this work, and push through discomfort toward real change. Our next actions here on South Whidbey can and should have profound ripples around the region.”