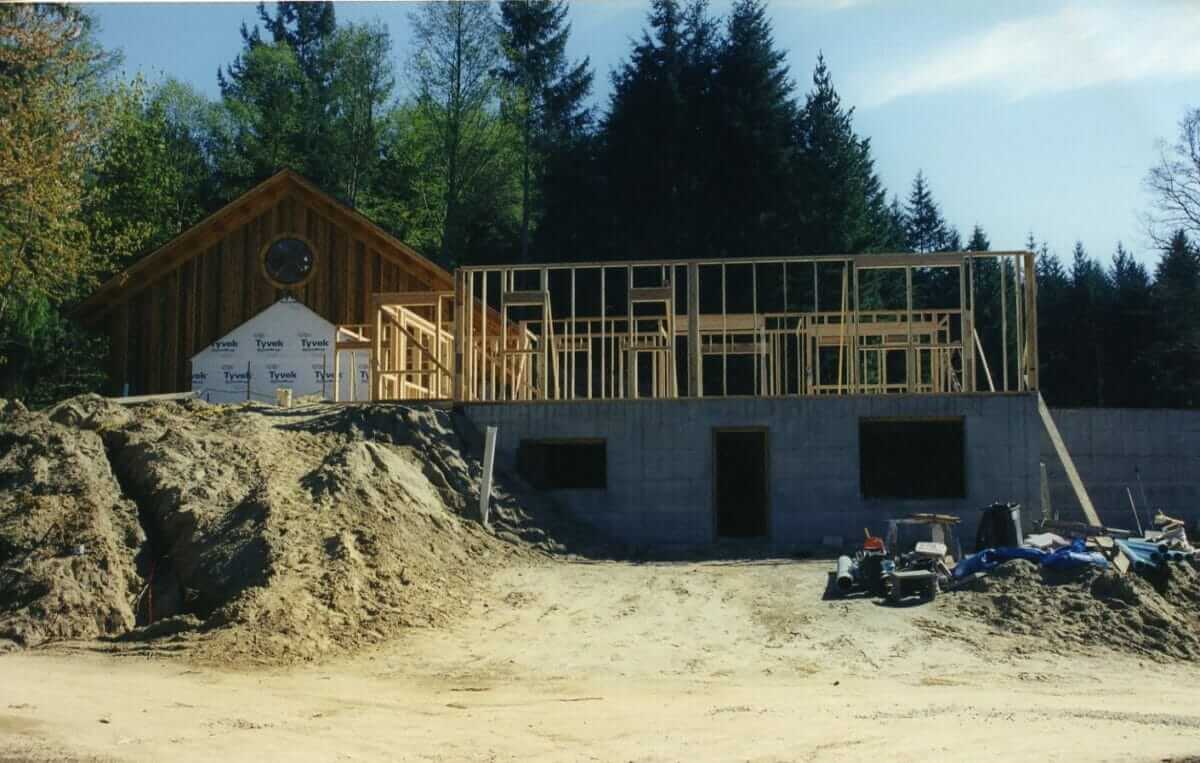 Tom Buxton has worn many hats in his 20 years of volunteerism with the Whidbey Institute. Landscaper, carpenter, board member, treasurer—you name it, he’s done it. It’s a story that begins in the fall of 1998, when Thomas Berry Hall was just getting finished.

“Sharon Parks and Larry Daloz were holding a seminar in the Farmhouse on the question of what one might do with the time available in retirement,” he said. “For me, the theme was working with civic organizations. That’s what I thought I wanted to do.”

Though Tom was transitioning out of a career as a financial manager with Boeing, his service here began closer to the ground. “As I remember it, I came back two weeks after the seminar and stayed in a cabin for about three or four days. I had the wonderful job of cleaning blackberries to prepare a pad for the propane system.” During that visit, Tom also dug a trench, cleared overgrowth near the sauna, and resurrected an overgrown fence.

“Before long,” Tom said, “Larry discerned I had some experience with finances and talked me into helping with this stuff. I went from grubbing blackberries to the mental work of figuring out how to make a business plan for this place, and how to establish its first accounting system and budgets. Eventually, I graduated from being a consultant to being the board treasurer.” Tom served on the board for seven years.

Today, Tom volunteers on our finance committee along with staff member Heather Johnson with budget and financial oversight perspectives, Wendy Fjelsted in her accounting role, and Don Luby, a C.P.A. who brings a thorough understanding of the financial rules for non-profits.

One thing Tom has seen in his twenty uninterrupted years of service is a fine-tuned capacity for budgeting and financial projections. “It’s been interesting to see how Heather [Johnson] has fine-tuned the expense budgets and earned income forecast,” he said. “She doesn’t miss her forecast very often.” Our conversation touched on the unique leadership that Heather brings, with her background in financial wizardry combined with her passion for change work. “Being on the finance committee with her is easy,” he said. “She’s got it nailed.”

While Tom’s volunteerism has revolved lately around dollars and cents, he’s left a legacy with his hands-on work both here and for other organizations around the region. “It was really fun to be involved in the work party to put a roof on the Sanctuary,” he said. “We were going to split big cedar rounds to make those big, huge shingles. I dragged my son and about four of his high school friends up here, and they all loved being able to help.” Tom was also one of the main builders on the Unitarian Universalist Congregation of Whidbey Island’s (UUCWI’s) building project, and single-handedly installed much of the church’s interior trim.

“I retired in order to do a major rebuild of the UU church in Bellevue, of which I was then the president,” Tom said, “and as soon as that was complete I started helping out up here.” Making the most of a retirement dedicated to service, Tom also volunteers with a group of men from church to do weekly furniture pickups for Habitat for Humanity.

Tom has two children—a son, with Microsoft, and a daughter, with Umpqua Bank—two grandchildren, and a wife, Terra. She, too, has been a valued member of the Whidbey Institute and UUCWI communities and a frequent volunteer. Since 2004, they’ve lived on Whidbey full time. “When considering where to retire, it was easy to choose Whidbey Island. My association with the Whidbey Institute and the UUCWI meant that when we moved here, we had ready-made community.”

Tom is excited about what’s next in the Whidbey Institute’s 2020 Capacity Building Initiative, with completion of heartland lodging and construction of the Cabin Village Commons. “What’s going on right now is really important,” he said. “The meeting space—the part that’s not done yet—will strengthen our ability to host multiple groups at the same time, thereby addressing our greatest constraint.”

Tom’s perspective on our capacity and its constraints is informed by personal experience, as well as by his monthly scrutiny of our finances. He and Terra were both involved in organizing an evolutionary salon for about 90 people with eco-theologist and minister Michael Dowd in 2006. During the planning phases, they developed a network of offsite lodging for people who couldn’t get a bed on campus and who couldn’t afford a hotel or bed and breakfast. This made the experience accessible to people who otherwise might not be able to afford to come, and formed the foundation of an offsite, private room list that we still call on today during our biggest events.

Tom closed our conversation with a word of appreciation for the beauty of this place. “The beauty of this place struck me when I first came here, when Thomas Berry Hall was being built. I saw what was emerging here. I saw a place that was embodying, physically, what humans can do if they treat the land with respect.”