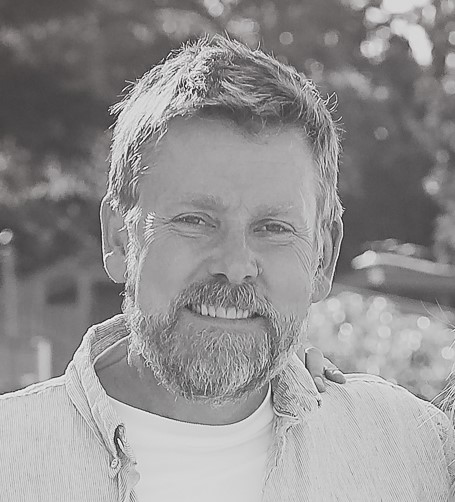 Matt McSweyn and I were both members of the 2014-2015 Powers of Leadership cohort. Together with over a dozen fellow leaders and learners, and with program faculty Christie Lynk and Craig Fleck, we gathered quarterly to develop as adaptive leaders, capable of addressing those questions for which there are no easy answers. This month, I reconnected with Matt (pictured) to understand how the work still resonates with him seven years later. Read on for my reflections on that conversation.

When Matt McSweyn and I met, we were both in transition. He was holding new responsibilities as Interim Systems Architect for Seattle Cancer Care Alliance, and I was just one year into my work in the Whidbey Institute’s Communications role. Today, Matt is the Director of IT at the Seattle Cancer Care Alliance (SCCA), leading five teams and 40 people in the work of building and supporting the infrastructure, systems, and applications at SCCA.

Matt and his teams are moving into a period of expansion and change as they merge with Fred Hutchinson, and he says that’s big news. “It’s something many of us, including myself, have been hoping for. It doesn’t make sense that the clinical and research arms would be separate,” He said. Matt said the merger is already bringing up questions. “How are we going to approach this process? How are we going to make our staff feel comfortable, and feel that their jobs are not at risk? It’s a massive change management exercise. It involves people, unknowns, and ambiguity.”

These are the kinds of leadership challenges that Powers of Leadership helped prepare Matt for. He said that one of the most valuable gifts he got from the program was confidence not only in his capacity to lead but in the imperative to do so. “I am in a position of influence,” he said, “and my voice does matter. I’m right next to the executive leadership team. Sometimes you forget they need help too. They need partnership.” Matt said the program reminded him that he needs to voice his opinions about how the company is going to navigate change, and that doing so is the way to maintain authenticity and live his core values. “The bigger purpose of our work at SCCA is about our patients, and finding a cure or improved treatments for cancer. My voice is needed to contribute to that mission.”

”The bigger purpose of our work at SCCA is about our patients, and finding a cure or improved treatments for cancer. My voice is needed to contribute to that mission.”

“The program has helped give me the confidence that not only can I lean into leadership, but I should,” he said. “We’re all facing big challenges, and the world needs good leaders to help with the problems we are struggling with as a society. If you trust the values you’ve established and the purpose that you’re living for, don’t hesitate. Lean in.”

When Matt arrived in POL, he was fairly new in a leadership role and had just recently begun to explore the depths of what leadership could be. Initially, he said, he had a simple view of what leadership meant—managing people, managing a function, being responsible. His mother in law, a leadership and conflict management consultant, had pointed him toward the work of Ron Heifitz, William Ury, and others as well as toward the Whidbey Institute as a home for programs exploring these concepts. Through his reading and study, Matt realized that there was a lot more to leadership than he had realized. He became curious to learn more. “POL really solidified some of the concepts I’d been studying, and made me realize that leadership is a true, lifelong exercise of learning,” he said.

“I loved the concepts shared in POL around adaptive leadership, systems thinking, and moving out of the system and up onto the balcony,” Matt said. “We explored the interplay between people and personalities, and the interplay between what people are going through and what our natural world is going through. Those connections were profound to me.”

Matt said he felt resistance to some aspects of the program at first, but that his concerns were put to rest when he walked the land and experienced the profound connections between patterns in nature and patterns among people and organizations. “I came to recognize that there was no aspect of any seasonal session that didn’t have a connection that I could see in my organization,” he said, “and in the people around me.” His advice to someone considering the program is to let go, dive in, and let the work move you. “

This is something that will put you into an uncomfortable spot emotionally, at times,” Matt said. “It will stretch you. Let yourself go there emotionally, and you will likely see a whole new world.”

Reflecting on how meaningful the program was for him, and how it continues to shape his evolving leadership style, Matt shared that he has personally referred about half a dozen colleagues to POL and has joined for POL II reunions. In fact, Matt got so much from POL that he plans to participate in the full Powers of Leadership retreat cycle again. “This program has fueled my confidence around my style of servant leadership, and has supported me in thinking differently about leadership,” he said.

If you are considering participating in Powers of Leadership or recommending it to a friend, reach out. We’d love to connect and explore whether this program can serve you on your leadership journey.